The process and structure of the website/blog reflects what Jane Bennett calls ‘assemblages’ in relation to the idea that all matter is alive and in process: an interwoven web, of complex materials, all transforming each other, competing, forming alliances, initiating new processes and dissipating others. Humans are tangled and enmeshed in these webs that Bennett calls assemblages. The actions/process of human’s contrasts yet is interlinked into the process of materials.

The notebook website/blog to become an important space for reflection to allow the research to evolve.

There is the potential for film to evolve, to give a sense of progression and development to move on to a place where the encounter with analogue film is able to be redefined and where the relationship of artists to the concept of film emulsion can shape the way in which film can move forward as an artistic and technological medium And in relation to this investigative questions can be asked how can we understand film by way of the film strip and film emulsion in terms of ‘what else can we do with it’, ‘what could it do’, and ‘what does it do?’

Philosopher Manuel De Landa’s (Manuel de Landa. (2003) ‘A thousand Years of Nonlinear History’ Zone Books) notion of morphogenesis may help to act as a way to frame an understanding of film as a process of continual evolution, in which the terms of change are immanent to matter and in this proposed focus the material of the film strip and emulsion itself. A physical setup where the form of matter self organizes, where it isn’t drawn, invented or preconceived it emerges out of a physical process. A process that acts as a way to question the standards and conventions of what is and has been considered analogue cinema.

ACTION RESEARCH AS A WAY TO RESEARCH

Action research as a method to look at a process of evolving the research through investigation.

The action research spiral is perhaps better represented by the double spiral. For instance the balance between theory and practice, the dance between the two, spiralling around each other, connecting and disconnecting.

Alchemy – the Double Siral symbolizes – Fertility and rebirth. Historically, serpents and snakes represent fertility or a creative life force. As snakes shed their skin through sloughing, they are symbols of rebirth, transformation, immortality, and healing. The ouroboros is a symbol of eternity and continual renewal of life. 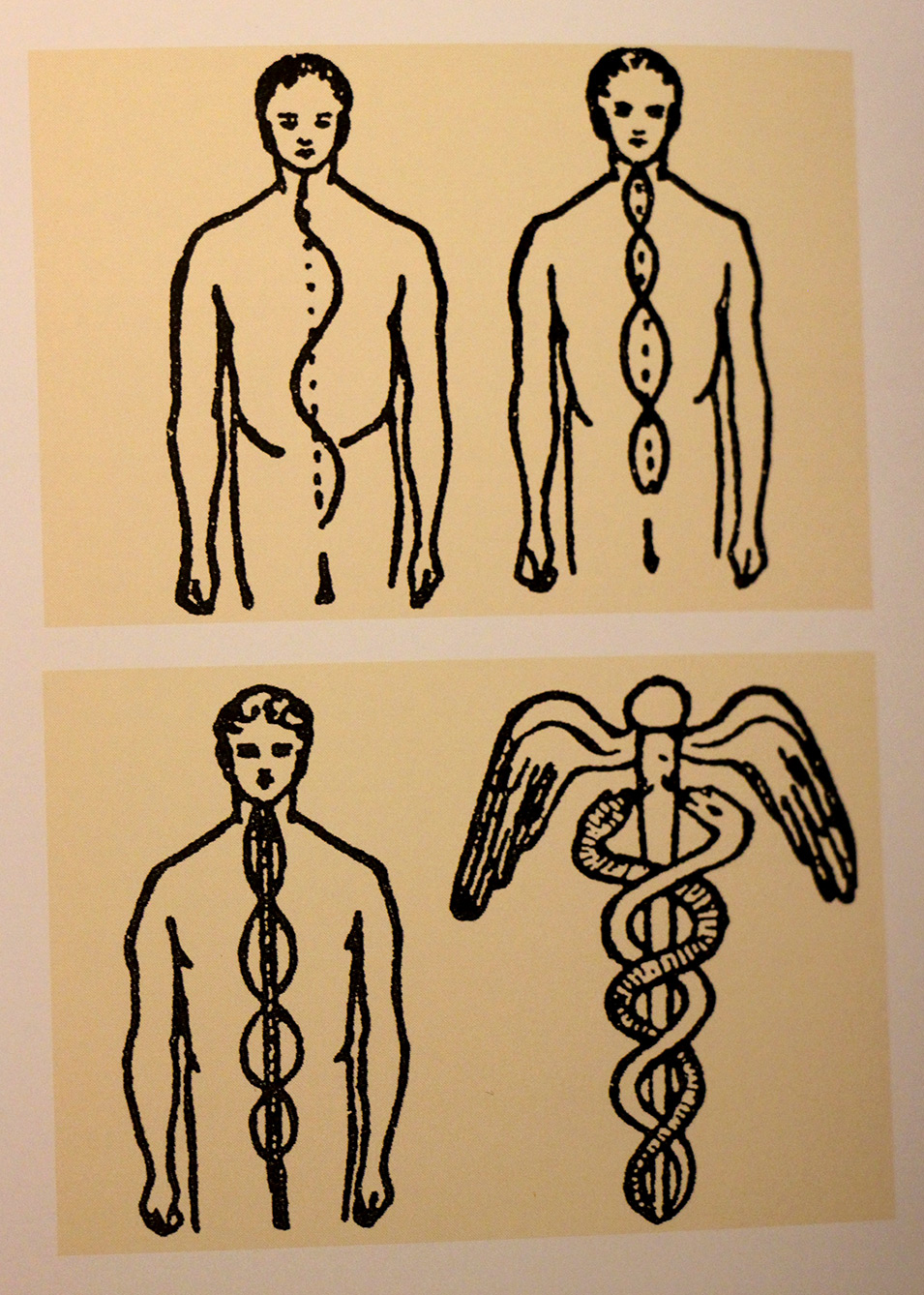 The double spiral of course relates to DNA and the code embedded into living material.

WEIBEL’S ‘OPEN WORK’ AN EXAMPLE OF A REPOSITORY OF A FULL RANGE OF DOCUMENTATION ON WEIBEL’S WORK.  AN INFLUENCE REGARDS THE IDEA FOR THIS WEBSITE/BLOG AS AN EVOLVING NOTEBOOK/CRITICAL JOURNAL/ARCHIVE.

Was an exhibition at the Neue Galerie Graz: Sept/Nov-2004 as an extension of the exhibition there was a catalogue created in 2008  which runs into more than 800 pages

(the version I have of it is in the images below and I seem to be missing around the first 200 pages).

The catalogue consists of all Weibel’s work between 64-79 including not only that which was shown in galleries, exhibitions, performances but also all his drawings, notes, typed out texts, photographs, newspaper clippings, posters, statements, etc, etc. It creates I guessing by the title an Open Work a network of stuff, units of works that link together to create chains or ‘assemblages’.

“His work is not determined by autobiographical signature but instead by thematic areas and problem zones such as the mechanisms of perception and of thinking, the private world of the world of machines, the crisis in representation, in the image and the museum, the relationship between art, politics and the economy, the conditions underlying the system by which art operates. The result is a body of works whose plurality of method and coherence of issues produce the framework for a new concept of work and artist with a rare radicality.”

Starting from semiotic and linguistic reflections (Austin, Jakobson, Peirce, Wittgenstein, …) as from 1965 Peter Weibel develops an artistic language, which leads him from experimental literature to performance. In his performative actions he explores not only the “media” language and body, but also film. Critically he analyzing its function for the construction of reality.

He develops as from 1967 (together with Valie Export, Ernst Schmidt jr. and Hans Scheugl) an “expanded cinema”. It is inspired by the American Expanded Cinema and reflects the ideological and technological conditions of cinematic representation. 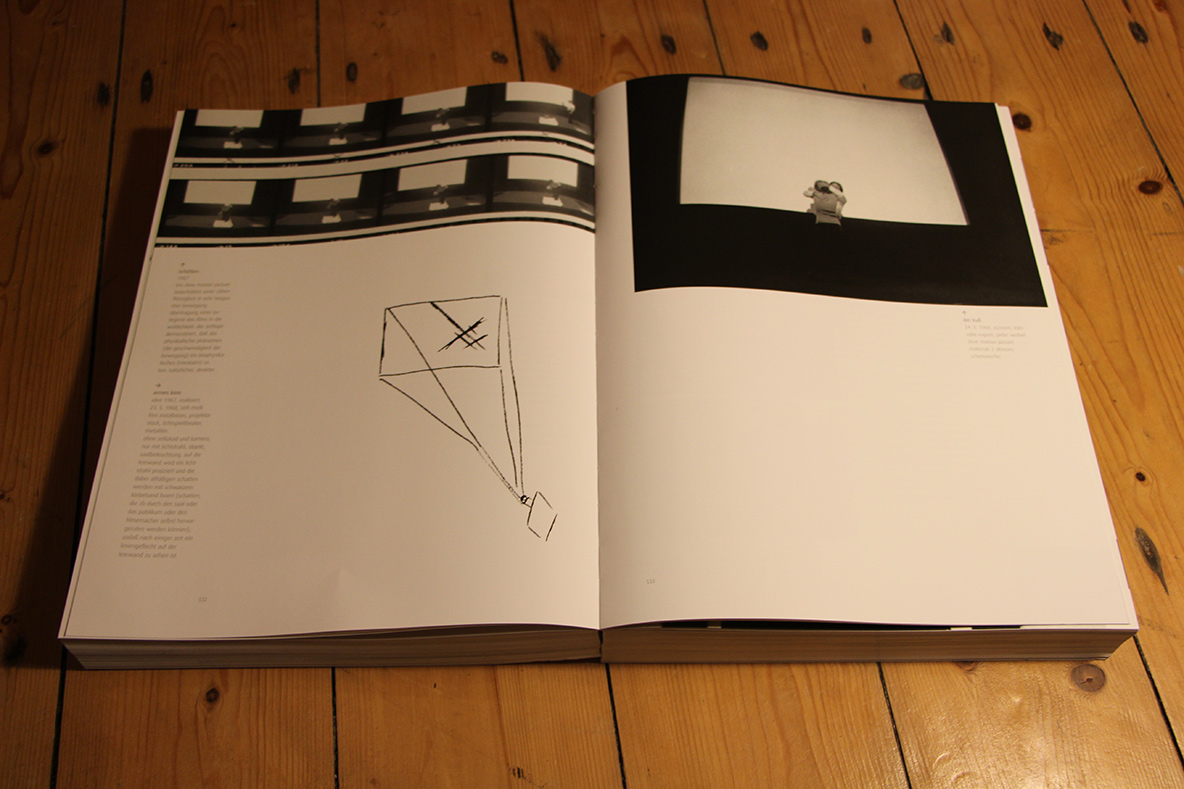 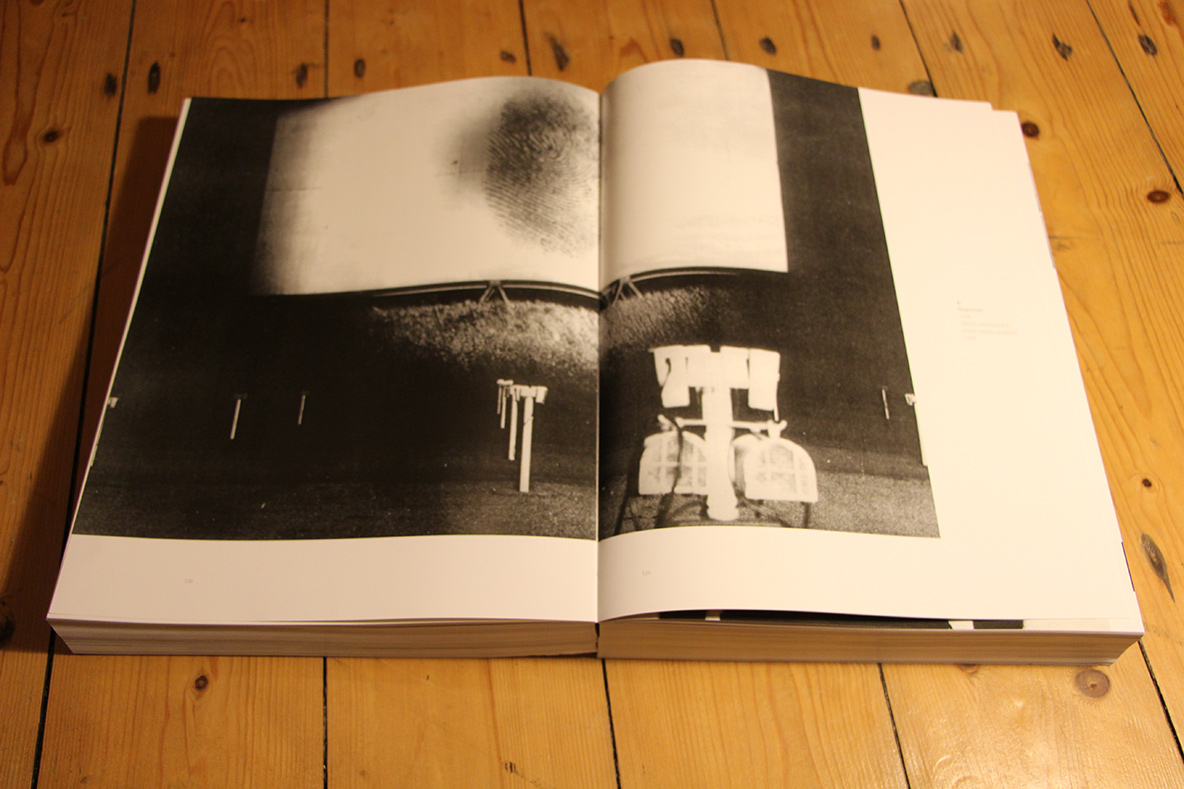 Each page of the book/catalogue acts as a frame/cell that connects to the next page/frame/cell creating a string of frames.

Examples below are of work where the idea of each page of the book/catalogue acts as a frame/cell that connects to the next page/frame/cell creating a string of frames. Linking a book or text to the idea of that of a film with each page acting as a frame.

Singular modules that connect together to form a string, a series.

Looking at local Supermarket Morrisons as a way to provide relevant materials has become a method to look to take analogue film away from specific specialised conventions of using specific materials. Using instead readily available and cheap materials found within any Supermarket. Showing how these materials can be used in relation to film and through their transformation can show how film can be transformed. .

The aisle that has products (materials) dedicated to home baking and cake making has been a continual space to explore. For instance there are a whole range of products used for icing, frosting, glazing, decorating that are essentially emulsions. And which highlight the connections with cooking, chemistry, human consumable materials and analogue film.

Particularly fond of the shelf in this picture that shows a range of coloured food gels – a gel being basically an emulsion. See work entitled ’35mm Food Gel’